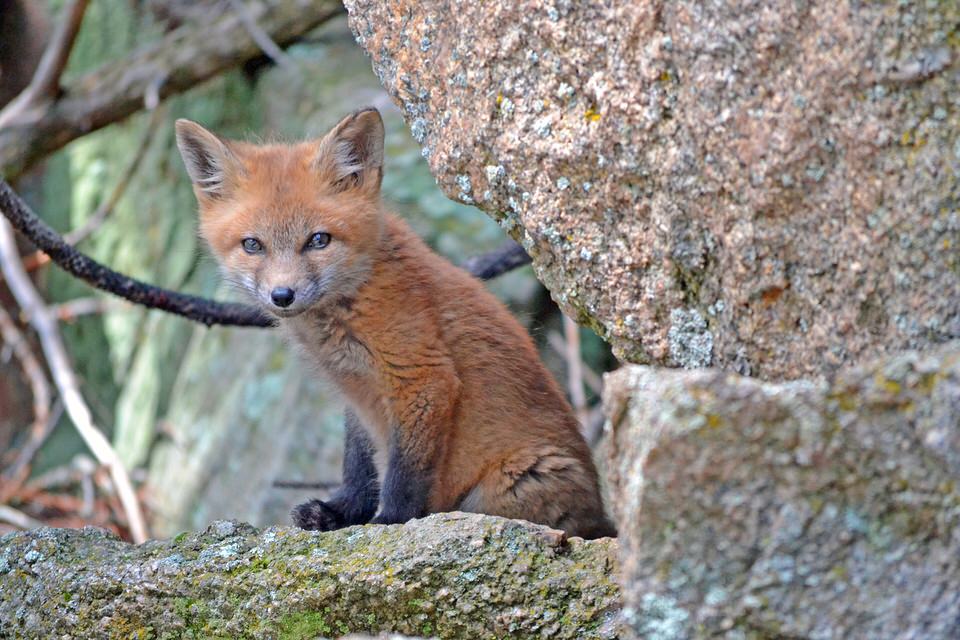 Urban foxes are model citizens. Their good record comes from notable fox traits, foremost of which is timidity. I receive calls from homeowners worried about foxes attacking their children and cats. A fox weighing 12 pounds is unlikely to attack a cat. Should a child approach a fox, the fox would flee as fast as it could.

Once or twice a year stories appear in local newspapers about a rabid fox. If you see a fox or other nocturnal wildlife during the day, do not panic, unless their behavior is abnormal. When animals lose their den, are evicted from dens under porches or sheds, or natural habitat where they dwelled was destroyed, these animals will be out during the day seeking new dens. Lactating females who need to replenish their energy will search for food during the day when the infants are asleep. Young and inexperienced wild animals will naively and recklessly stroll around until they become street smart and follow the normal nighttime food foraging route.

Abnormal behavior consists of an animal falling down, going in circles, biting itself or convulsing. Several wildlife diseases, such as distemper and mange, have symptoms that mimic rabies, but are not zoonotic (transmissible to humans) diseases.

Many foxes suffer from sarcoptic mange, a common and debilitating mite infestation of foxes and other wildlife that is caused by an external parasite that burrows into the skin of the animal, causing fur loss, sores from scratching, and a crusty film over the mouth, eyes, and nose. This is frequently confused with foaming of the mouth, as it can appear as such from a distance. Animals affected with mange are usually hungry and often are seen during the day unafraid of people, searching for food. This condition does not indicate rabies and is easily treated; treatment will restore the animal within a short time.

If you have the good fortune to have foxes living on your property or nearby, it is a great privilege. I cannot think of anything more rewarding than watching fox cubs venturing out for the first few times. Watching them chasing grasshoppers and bugs or engaging in mock battles is a delight. Watching the parents (usually well hidden in the underbrush or behind tall grass) watching their cubs is even more fun. Foxes cause no damage or mischief, and will keep rats and mice away while in residence. Enjoy the experience!

Foxes are carnivores, and are common in most parts of North America. The most commonly occurring are the red fox and the gray fox.

The red fox (Vulpes vulpes fulva) is more common in this area, as it is highly urbanized and thrives in close contact with humans and other animals. It prefers farmland, wooded lots, and forests with marshes and open fields. Red foxes use dens only during breeding season and while raising cubs. Other times they will seek shelter during inclement weather, but will not have a permanent home site.

Most dens are used year after year and new dens are usually holes made by other creatures that use ground dens. Red foxes often create “spare” dens for contingencies. The Red Fox marks the entrance to its den, known as its “earth,” by rubbing its tail scent glands on the ground as it enters and exits. Dens usually have more than one entrance, with well-disguised escape holes. Red foxes hunt alone and live as pairs or in small family groups. A family group may include a number of unmated females who help care for the young in the den while mother goes out to forage for food.

Red foxes can be beneficial to man because of their hunting activities. They will catch mice and other rodents as well as large bugs. Fruit, berries, insects, turtle and birds eggs, crabs, stranded fish, small mammals and reptiles are their main diet.

They usually do not eat their prey right away, but take it back to their den to eat or cache it. Excess food is buried for later use under piles of leaves, in snow banks, or under stacks of brush.

The red fox weighs between 8-16 pounds and measures 22 to 25 inches long (excluding tail). It has a sharp nose, large triangular ears, and a bushy tail (also called a brush). Its fur, which is long and full, is russet or red with white on the chin, breast and belly, and black feet and legs. The tip of the tail is always white.

Several color variations include the cross fox, which has a dark cross over the shoulders, and the melanistic (black) fox, which is black with white-tipped body hair. Albino red foxes are not uncommon. All these colors can occur in a single litter; however, most litters consist of only red or russet colored cubs.

In January and February courtship begins. The vixen (female red fox) is sexu ally mature at about ten months of age. Her estrus period is three days, but her courtship by the dog (male fox) will last many days. Red foxes are mono-gamous and mate for life.

The gestation period is 53 days and the average litter is usually 4-5 cubs. They are born in the whelping den, one of several dens the vixen maintains in her range. They are blind and deaf at birth, weighing about three ounces. They have short black hair and don’t look like foxes. The vixen stays with the cubs for the first two weeks only leaving the den to eliminate. During this time she relies on the dog to bring food. After the first two weeks, both parents will hunt and forage and bring food back to the cubs. In the beginning food is regurgitated or torn up for consumption.

Red fox’s eyes open at 11-14 days and are pale blue. Sight is poor, but the cubs start moving around in the den during this period. When four weeks old, cubs will start to venture outside of the den and begin to play or lie in the sun. At this time, their fur is dark brown and they begin to molt. By 5-6 weeks of age, the cubs will have short, reddish-colored fur. At this time they weigh between 1-2 pounds and are eating solid food. Red foxes are completely weaned between 8-10 weeks of age. They will start to look like foxes when they are about 8 weeks old, with a long snout and long, pointed ears. Until that time they look more like kittens than foxes.

At six months of age the red fox cubs are ready for independence. They have hunted with their parents for several months and have developed good hunting skills by first focusing on chasing grasshoppers or other bugs and later practicing on mice. Intensive playing with siblings and mock battles prepare them for adulthood.

By September or October cubs weigh around 8-9 pounds and will disperse around that time. Male cubs seek new territory farther away than female cubs. Often female cubs will stay close to the original birth den and assist their mothers in rearing another season’s cubs.

Red foxes can live up to 14 years in captivity; however, mortality in the first year may be as high as 80 percent and fewer than 14 percent live to breed for as many as four years.

The gray fox (Urocyon cinereoargenteus) prefers less populated areas and is usually found in dense woodland, near swamps, and in other isolated areas. The gray fox is not urbanized like the red fox, but it can be found in dense thickets in suburban areas. Gray foxes are more retiring and more aggressive and will not tolerate red foxes. Gray foxes are good swimmers and excellent climbers, and can often be found high up on a tree sunning or trying to escape predators. They den at least 20 feet up in hollow trees and often use abandoned hawk’s nests. Earth burrows are also used.

Gray foxes are great mousers and are valuable in rodent control. Gray foxes are omnivorous. Eggs of all kind are a favorite food of the gray fox, whose diet consists mainly of rodents, small mammals, fruits, and vegetables. They do not cache food. (The bulk of their diet is meat, which would spoil if cached.) Fruit such as grapes, apples, persimmons, peaches, and juniper berries make up the gray fox’s diet.

Gray foxes are smaller animals than red foxes. They weigh between 7 and 13 pounds and average 3 to 4 feet in length including the tail.

Gray foxes are more stocky and have shorter legs than the red fox. Their color is grizzled gray with a distinctive black streak along the top to the black tip of the tail. They are rusty yellowish on the feet, legs, sides, neck and back of the ears.

Breeding season begins in December and peaks in early February. The vixen is sexually mature at ten months of age and has an estrus period of about two days. Gray foxes are also monogamous and mate for life.

Gestation period is 53 days and the cubs are born blind and deaf, dark-skinned and almost hairless. They weigh about three ounces and the average litter is four cubs (occasionally five or six). Gray vixens have six nipples to the red vixen’s eight. The gray vixen will stay in the whelping den with her cubs the first four days.

After the fourth day a short, dark fur with russet patches behind the ears will develop. Their eyes will open between 10-12 days and their fur will become dense and dark with red patches on the belly, legs and ears.

When gray fox cubs are four months, old they will have the appearance and behavior of adults, but will stay with the family for another three to five months, being trained by the parents. After a while young gray foxes establish their own territory and seek mates.

Neither red nor gray foxes chew their food. Instead, they swallow small prey whole or rip off small pieces. All foxes walk on their toes, in a manner called digitigrade.

Some of the information in this article is from the following sources: Running with the Fox, by David Macdonald, Britain’s leading fox expert; Fox Rehabilitation, by P.C. Hanes, Central Texas Wildlife Institute; IWRC Proceedings ’90; 1998 Rabies Surveillance in the United States, Dr. Charles E. Rupprecht and John Krebs, CDC. 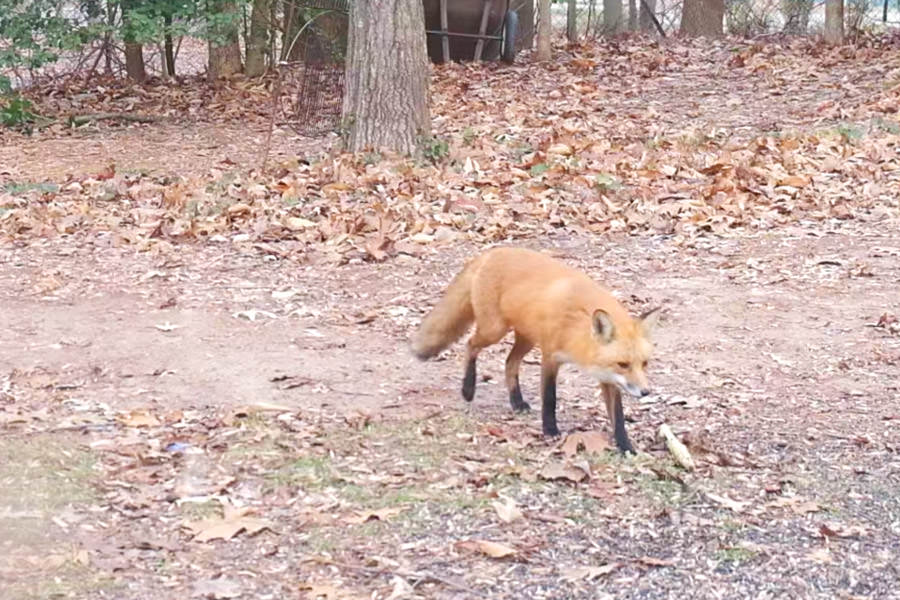 Fox Sightings During the Day: To Call or Not to Call?

An increase of fox sightings during the day in Virginia spike concern in residents. However, is their concern valid? 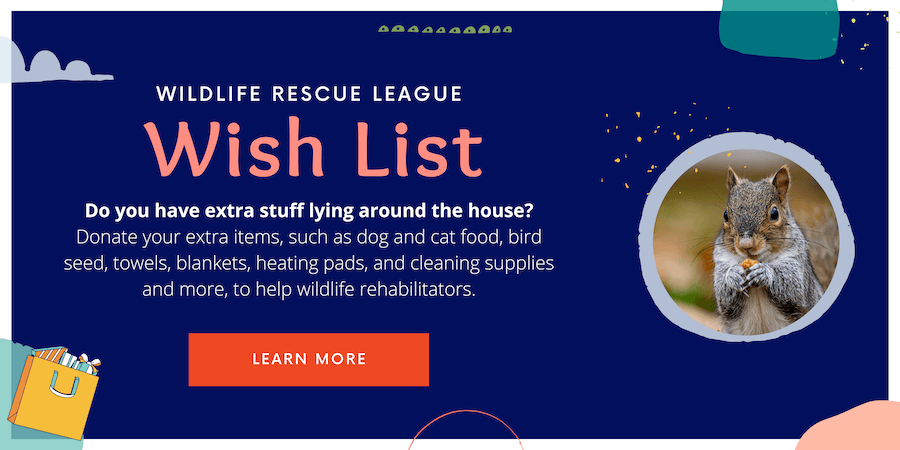