It Takes a Village To Rescue a Raccoon 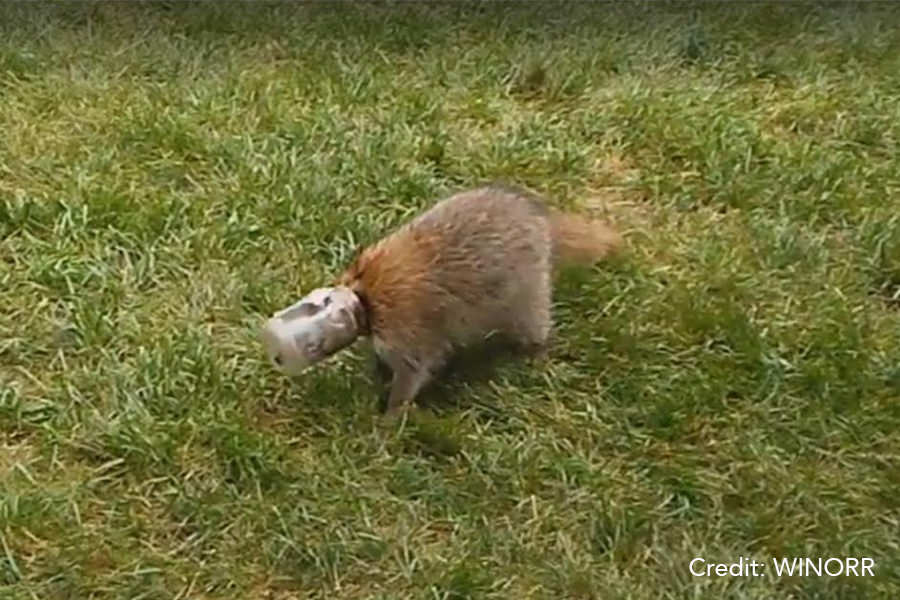 We all know that raccoons are wicked smart. But sometimes they’re too smart for their own good. On August 8 th Jane Gailey received a call on the helpline from Cat Roberts in Fairfax. A raccoon, that frequently visits her neighborhood had gotten its head completely stuck in a peanut butter jar! Although the Fairfax County Animal Protection Police (APP) responded to her call, they were unable to trap the raccoon. Ms. Gailey referred the caller to Billy Rios who went to her home the next night to attempt to catch the raccoon. Around 12:30 AM, the raccoon again showed up with the jar still on its head. Using great stealth, Billy was able to successfully net the raccoon to keep it from fleeing. Fairfax County APP Earit Powell arrived after getting off his shift to assist. Together they removed the jar from the raccoon’s head and then released it. In spite of not eating for several days, he was in good shape and peacefully left.

This situation is a good reminder to properly dispose of trash and recyclables. All jars and containers should be rinsed out and have lids secured to help prevent situations like this from occurring and garbage can lids should be fastened down.

Many, many thanks to Jane, Billy, Earit and Cat for their concern and perseverance in the rescue and release of this oh so cute raccoon!