Chimney Swifts winter in the Amazon Basin of Peru 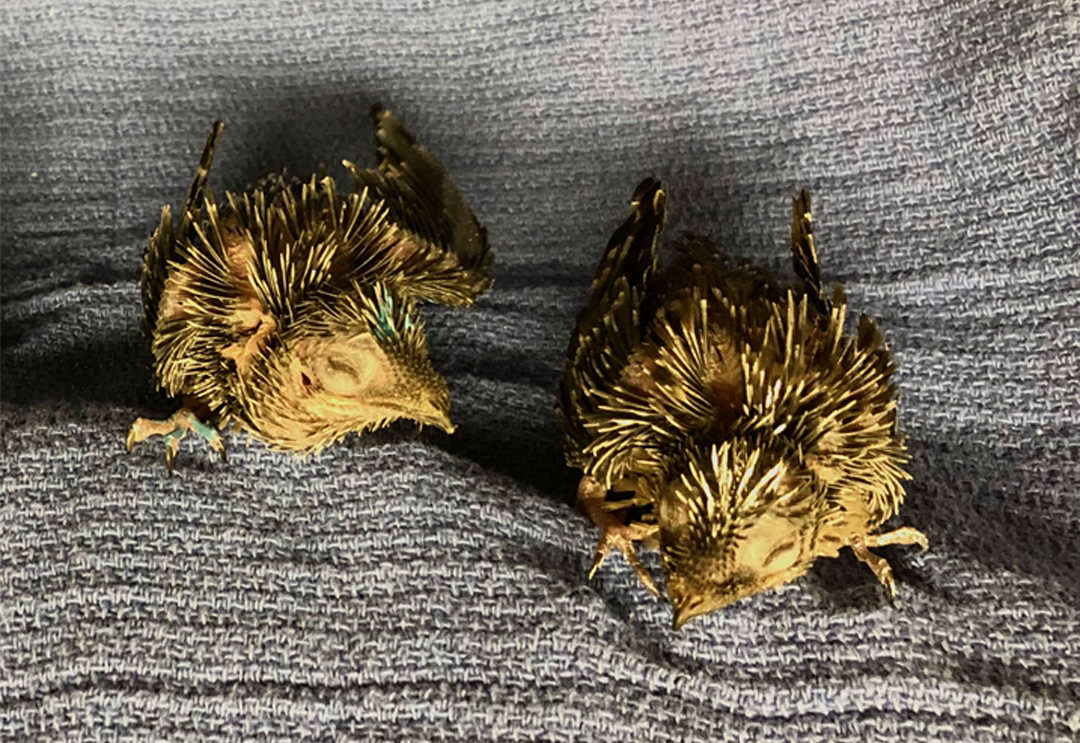 Chimney Swifts winter in the Amazon Basin of Peru. They arrive in the continental United States in late March and are gone by early November. Nesting begins in May and can continue into August, with the female laying three to five eggs in a nest glued together with saliva and attached to the inside wall of a chimney. Eggs begin to hatch 18-19 days later. Eyes open around 15-17 days after hatching. The birds fledge around 30 days after hatching, leaving the nest for their first flight. They will hang around the area for a few days before eventually migrating south in the fall. Swifts used to build their nests inside hollow or dead trees. They eventually adapted to urbanization and began utilizing chimneys.

Chimney Swifts are protected under the Federal Migratory Bird Treaty Act, which prohibits the removal or destruction of a nest once eggs have been laid. This includes nests in chimneys. Professional Chimney Sweeps should be aware of these prohibitions and the fact that anyone who knowingly destroys birds or nests that might contain eggs or young birds can be fined or penalized. 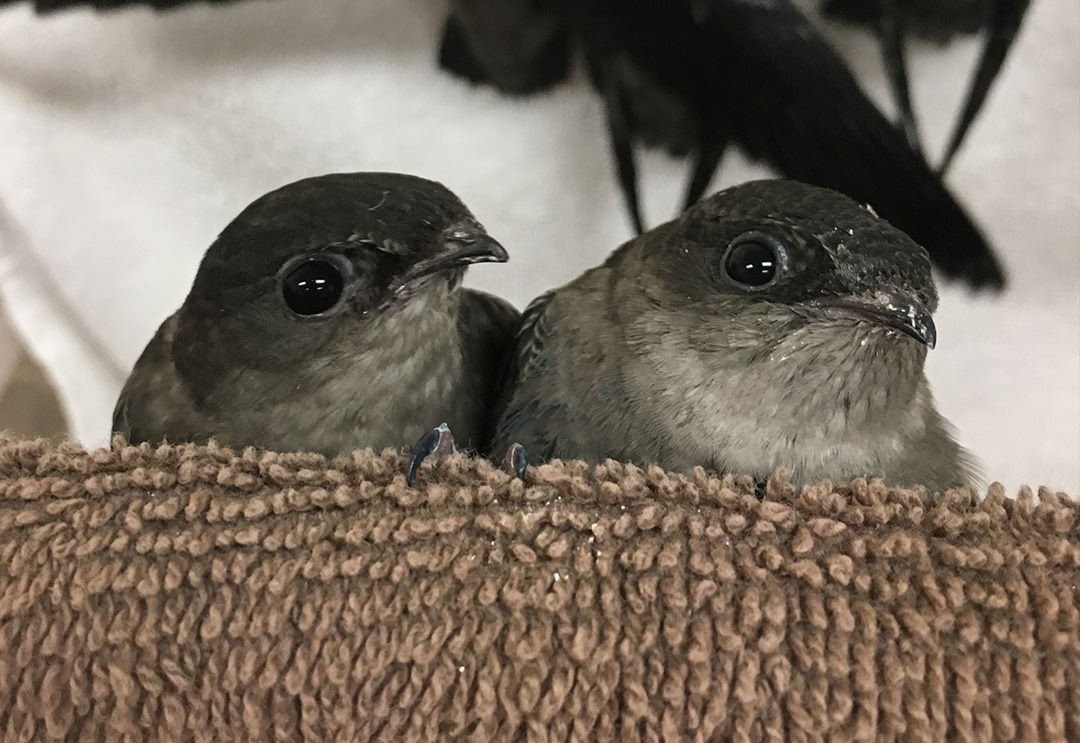 People are often confused about whether or not they have Swifts or bats in their chimney. The best way to tell is by watching at dusk. If the animals are flying out of your chimney around dusk, they are bats. If they are flying into your chimney at that time, they are Swifts.

If your chimney is in need of cleaning, the best time to have it done is before May or after September. Before hiring a Chimney Sweep, make sure they are familiar with the Federal laws concerning Swifts and the nesting months. 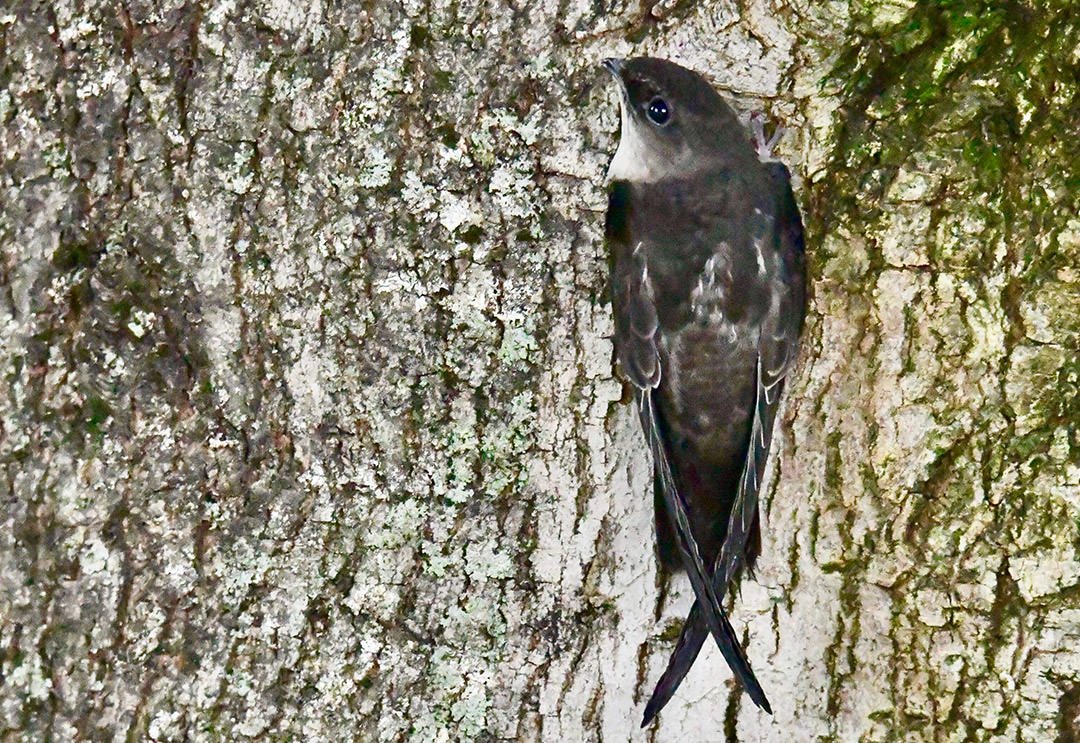 Additionally, if you want to prevent Swifts from nesting in your chimney, have your chimney capped. This is especially important if your chimney is lined with metal because Swifts and other animals cannot grip the slippery surface and may fall into the fireplace.

Written by Carolyn Wilder. Carolyn is president of Wildlife Rescue League (WRL) as well as a volunteer on WRL’s helpline and a presenter to community groups and schools. Carolyn began her involvement with WRL in 2008 as a transporter while transitioning from a career as an attorney. Now retired, Carolyn devotes most of her time to WRL activities.