What large bird stands motionless in shallow water waiting for a meal to come near and then stabs his prey with a dagger sharp beak? It is the Great Blue Heron.

This bird stands 4 feet tall, has a long neck, long legs, and a long, pointed beak. An adult great blue heron has a wing span over 6 feet wide. It is gray-blue and white in color and has a black stripe that extends above its eye. Great Blue Herons live up to 15 years.

They can be found in salt and fresh water wetlands, marshes, tidal flats, and along shorelines. They eat fish, snakes, insects, frogs, and smaller birds.

A great blue heron spends most of its time alone except during breeding season which lasts from March through April. At this time most herons forma breeding colony called a rockery. But sometimes herons will nest alone. They nest in trees and brushes, especially loblolly pine, beach, oak, and sycamore trees. Nests are made of sticks and lined with reeds, moss and grass.

A mother will lay 3-7 eggs. Both parents brood (sit on) the eggs to keep them warm. When the eggs hatch the mother and father take turns feeding and guarding the chicks until they are old enough to care for themselves. Juveniles leave the nest after one month.

How can you help herons?

Take part in efforts to protect and clean up wetlands and ocean areas. When these areas are polluted or destroyed herons have no place to build nests or find food. Pick up all litter, especially broken glass, plastic bags, kite strings, and fishing lines and tackle. These items can hurt and can kill great blue herons and other birds and mammals. Clean up after your dogs. When you don’t, the waste gets washed into the water supply and pollutes the water.

If you see a heron that needs help, call Wildlife Rescue League’s Wildlife Helpline at 703-440-0800 immediately for more instructions. 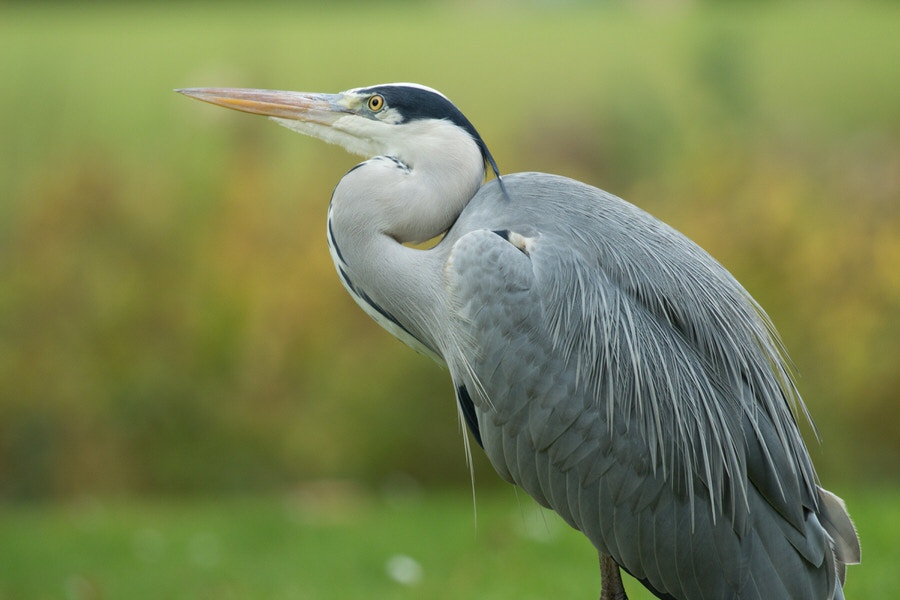