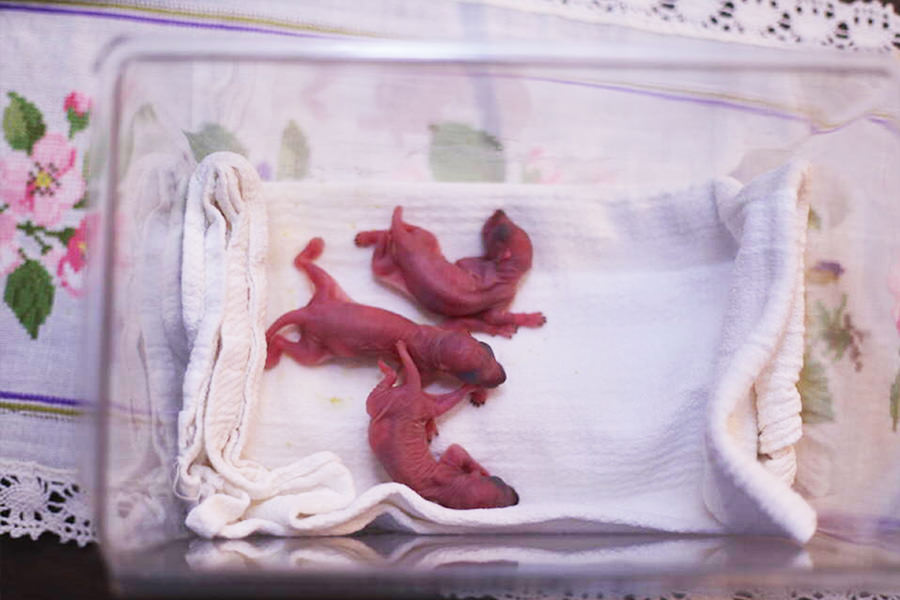 On August 1st, Charles found a squirrel’s nest in a dying evergreen tree he had cut down. He contacted WRL to find out what he should do with the 3 babies that were in the nest. He had left the nest under a bush near where the tree had been standing not knowing that this was the perfect thing to do. Squirrels build multiple nests and momma squirrels will generally come back and move the babies to a new nest. He was instructed to stay away from the area for a while so that Momma would not be afraid to come back. He checked the nest later in the day to see if the babies were gone.

Charles happily reported that the first time he checked on the nest, 2 of the 3 babies were no longer there. The 3rd baby was buried deep in the nest so he put on some gloves and moved the baby a little closer to the top. Watching from a distance he saw Momma carrying baby number 3 up a nearby tree. He checked the nest really well after that just to ensure that all the babies were removed. Had Momma not come back for the babies, he would have called the WRL Helpline for a referral to a squirrel rehabilitator.