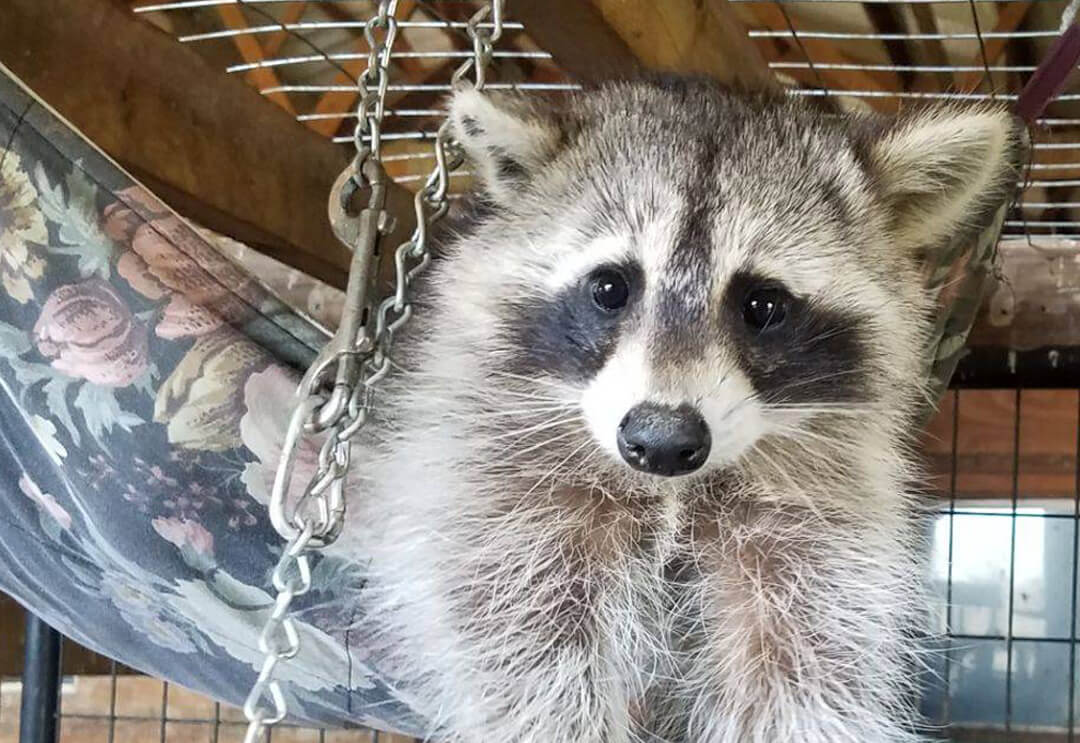 A strange and unfamiliar sound was coming from the back sliding glass doors in the family room of a local suburban residence. It was late in the evening and the family cat had already been brought in for the night. The scratching of nails on the glass and random thumping on the deck patio was undeniably originating from some type of animal. Convinced that the noise was not human-generated, the homeowner flipped on the outside light. There on the doormat right outside the door was a juvenile raccoon. The animal was half sitting up, half lying. It was an unnatural position, making the homeowner believe that the animal was injured. Another light was shone in the direction of where the raccoon laid. Further observation revealed fresh blood originating from the animal’s right ear, rear leg, and back. The raccoon had apparently been involved in a fight with another animal.

Wasting no time, the homeowner placed a pet carrier with cat food inside to lure the raccoon. Closing the carrier door from a distance with a broom handle easily captured the hungry and hurting animal. The authorities were contacted and through the WRL volunteer hotline and transport service, the raccoon was brought to a wildlife rehabilitator for evaluation and care.

Upon examination, it was observed that the raccoon had a fairly significant laceration on the back between the shoulder blades, another on the rear leg, and another on the underneath abdomen area. The right ear appeared to have been chewed/bitten, as the ear was bloody and abbreviated. The wounds were cleaned and treated topically with antibacterial ointment. An experienced wildlife veterinarian was consulted for advice for further treatment.

While it was never determined what species of animal inflicted the wounds, the evidence would be consistent with either perhaps a large dog, coyote, or even an older, more mature raccoon. The attack had occurred in early January, the start of the typical mating season. The young raccoons’ wounds were cleaned daily, and the animal was watched closely over the following several weeks. His appetite was healthy and bodily functions appeared normal. He slowly regained strength, the wounds healed, and optimism was high for a full recovery.

Just shy of the sixth week following the incident, the raccoon presented with minor abdominal contractions, very similar to those often characterized as hiccups. The contractions were persistent, observed initially for hours, then into days. The hiccups continued during eating, at rest and while in a deep sleep. There was no abnormal behavior, no other indications of potential illness.

Naturally, the wildlife vet was again consulted. While the raccoon presented with no other physical or behavioral abnormalities other than the hiccups, it was determined that a rabies vaccination was prudent since raccoons have been known to often contract the virus following animal attacks. It is not conclusive that the vaccination had a direct impact on the hiccups, but the hiccups did eventually cease to exist. 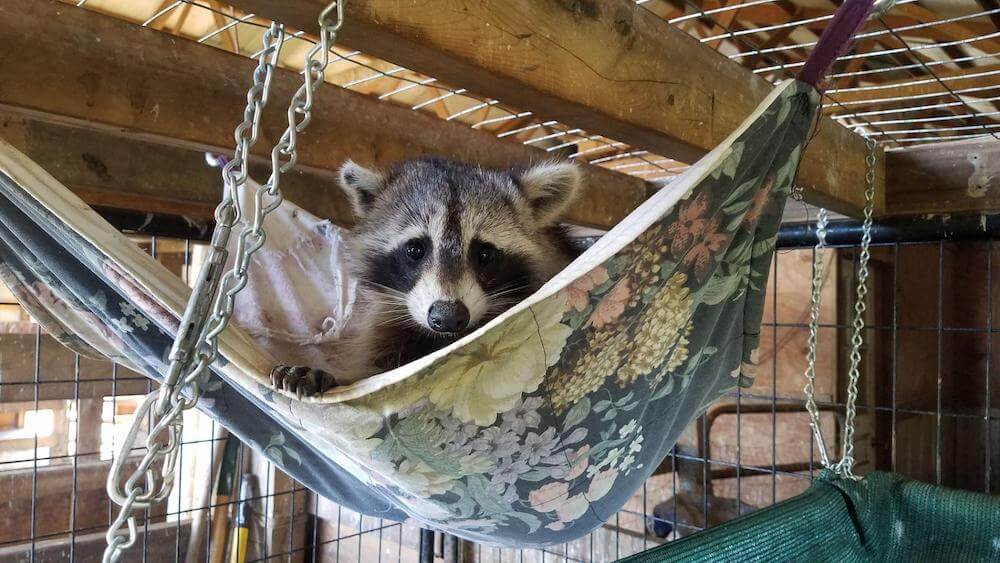 “Hiccup”, as he affectionately became known as, has since been relocated to an outdoor release cage where he will be set free into his natural environment by a river and a healthy stand of mature trees. If you see a raccoon in the wild with a missing right ear tip, it does not mean that he’s been neutered as with cat TNR (trap/neuter/release), but it may be “Hiccup”!

To help support the rehabilitators saving our local wildlife like Hiccup, please donate to our Wildlife Rescue League Spring2Action fundraiser here: https://www.spring2action.org/organizations/wildlife-rescue-league. Your donations help provide food, formula, medications, caging and other needed supplies to care for wildlife until it can be released back into the wild. Wildlife Rescue League does not receive any local, state, or federal funding. We are completely dependent on donations to provide life-saving food, medicine and supplies.