A Little Bit About Skunks 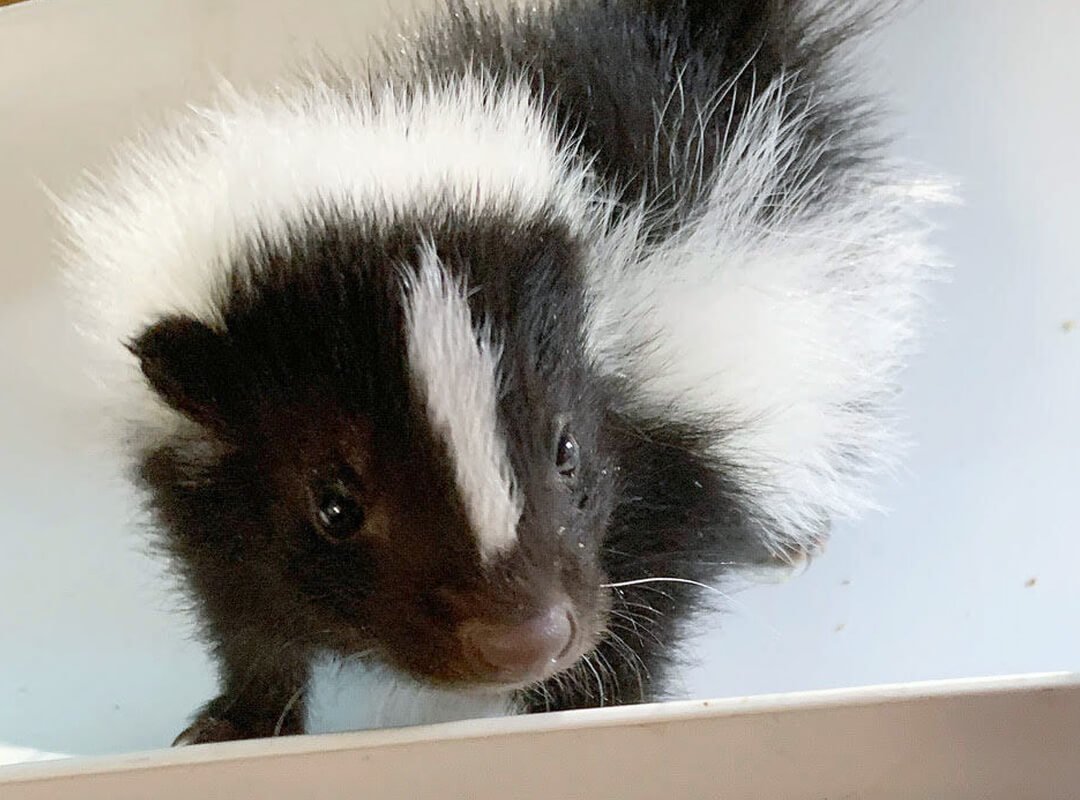 As most people know, skunks are those funny, furry, white, and black mammals that can cause a stink when they are cornered or threatened. But what most don’t know, is that there’s technically twelve types of skunks: the Striped Skunk, the Hooded Skunk, the Western Spotted Skunk, the Eastern Spotted Skunk, the Southern Spotted Skunk, the Pygmy Spotted Skunk, the American Hog-Nosed Skunk, the Striped Hog-Nosed Skunk, Humboldt’s Hog-Nosed Skunk, Molina’s Hog-Nosed Skunk, the Indonesian Stink Badger, and the Palawan Stink Badger. In North America, the most common skunk is the striped black and white skunk. These striped skunks are considered to be insectivorous and opportunistic generalists, meaning that they’ll eat any type of food. A study conducted in 2006 by Azevedo et al. found that striped skunks are “inquisitive and flexible foragers with great dexterity and a manipulative approach to potential prey items.” In simple terms, skunks go to great lengths and are capable of maneuvering obstacles in their way to get to their food source. Not only will they go to great lengths, but they’re also incredibly crafty! A scientific study in 2011 found that skunks exhibit tool use, which is defined as “the external employment of an unattached or manipulable attached environmental object to alter more efficiently the form, position, or condition of another object, another organism, or the user itself” (Shumaker et al. 2011). This finding was especially interesting and important to further our information on skunks because tool use is a rare phenomenon; in fact, less than 1% of animals generally exhibit it! 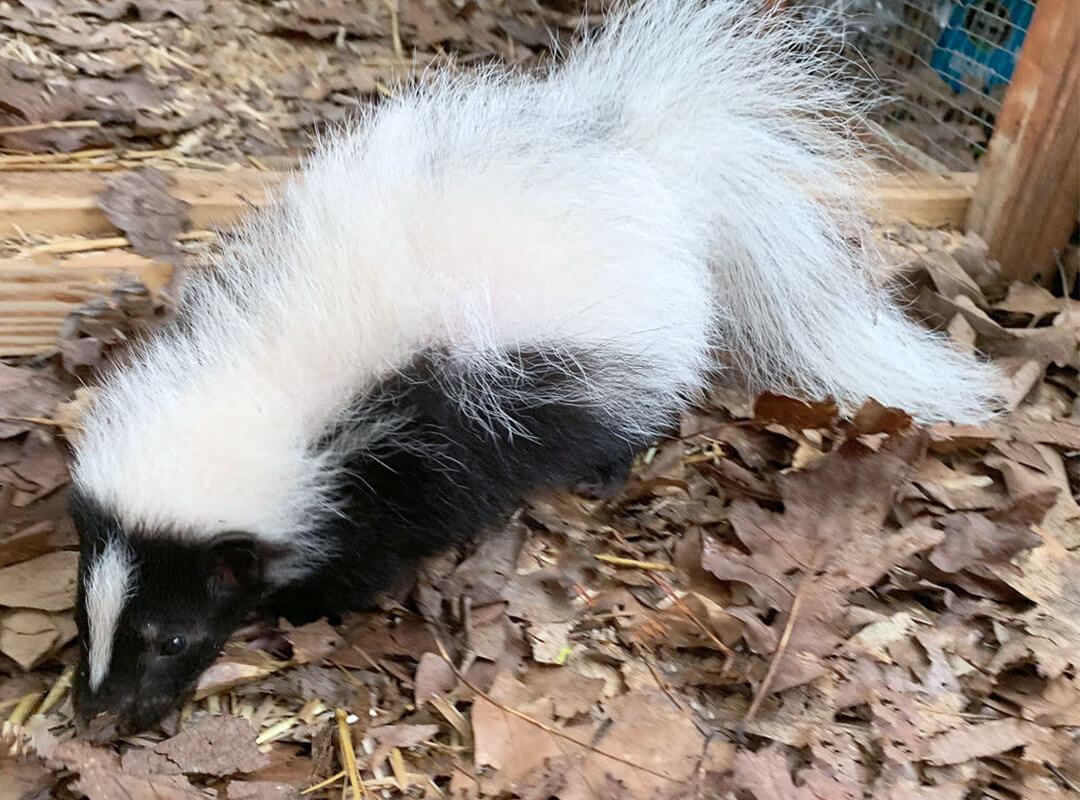 Although they are great foragers, striped skunks do not make great tree climbers. Their prolonged claws and lack of balance make it especially difficult. Instead of going up to find food, striped skunks go down – as they are great diggers! Their sharp teeth allow them to capture prey, while their prolonged claws allow them to perform “tool use” to maneuver obstacles in their way. Striped skunks spend quite a bit of time digging and searching for food which is why their body has adapted to make them comfortable with being on all fours. Even though they’re not the best at climbing trees, striped skunks do have the potential to climb and have been spotted climbing fences, so you may find one hopping your fence to find food. 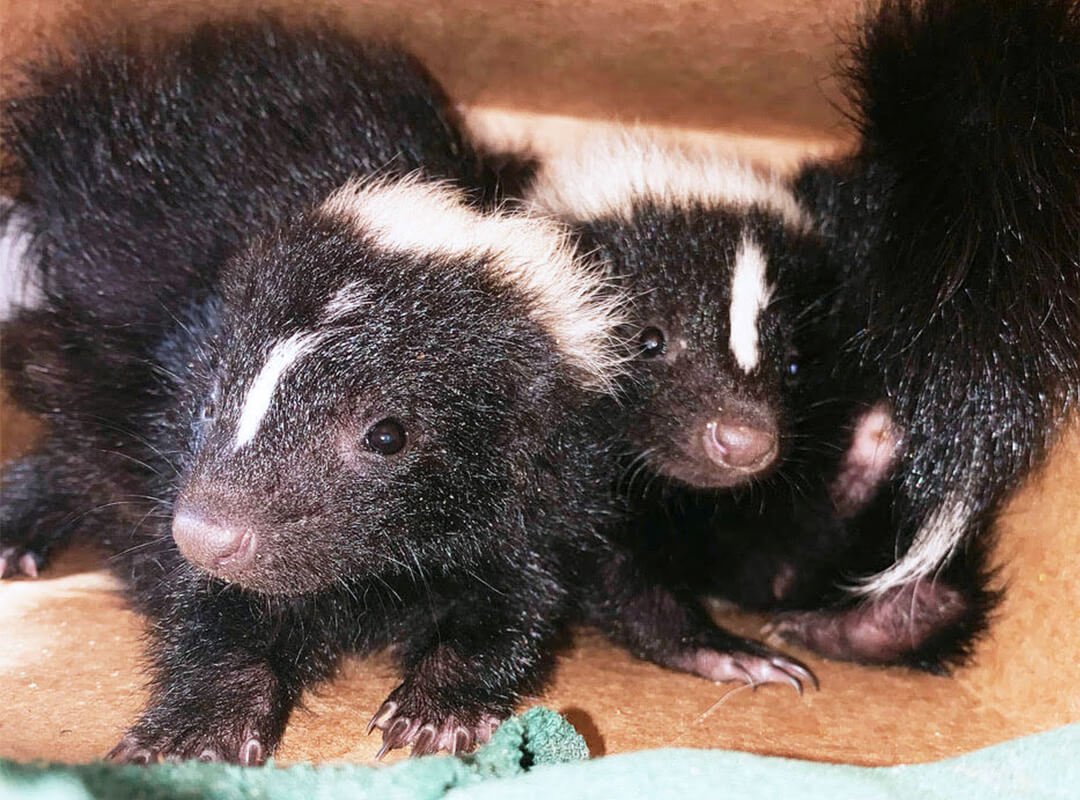 Even though some consider skunks to be a stinky nuisance, skunks are a passive animal and only use their spray as a last resort. They are nearsighted mammals and when threatened, will try to run away before holding their ground and raising their tail as a warning, and finally spraying. Skunks only hold a small amount of spray (about four tablespoons worth) and it can take several days for their reserves to build back up, which leaves them without a defense. Skunks perform a vital role in our environment and help our farmers tremendously. Spotted skunks and striped skunks, in particular, eat garden pests and control the insect population on farms, which provide individuals with clean and healthy food. Remember – skunks are not threatening, but they do have a large threat against them as they are endangered. Spotted skunks that were previously found in abundance throughout the East Coast, Midwest, and South are now scarce and the reason why continues to be unknown. If you see an orphaned or injured skunk, please call our helpline at (703) 440-0800 to help keep their population numbers up. Skunks are very important and spectacular animals that we cannot allow to go extinct!